7 races
4 Duathlons (run, bike, run)
3 Triathlons (swim, bike, run)
….with a sprinkling of bike & run races in between. Time to hit the snooze button...
And a few other vital stats...
1 piece of fan mail (a 'Well Done' card from my Mum surely counts)
3 name checks in magazines (admittedly my mum wrote 2 of these for the local village parish magazine, i'm sure subscription numbers are at least in double figures) 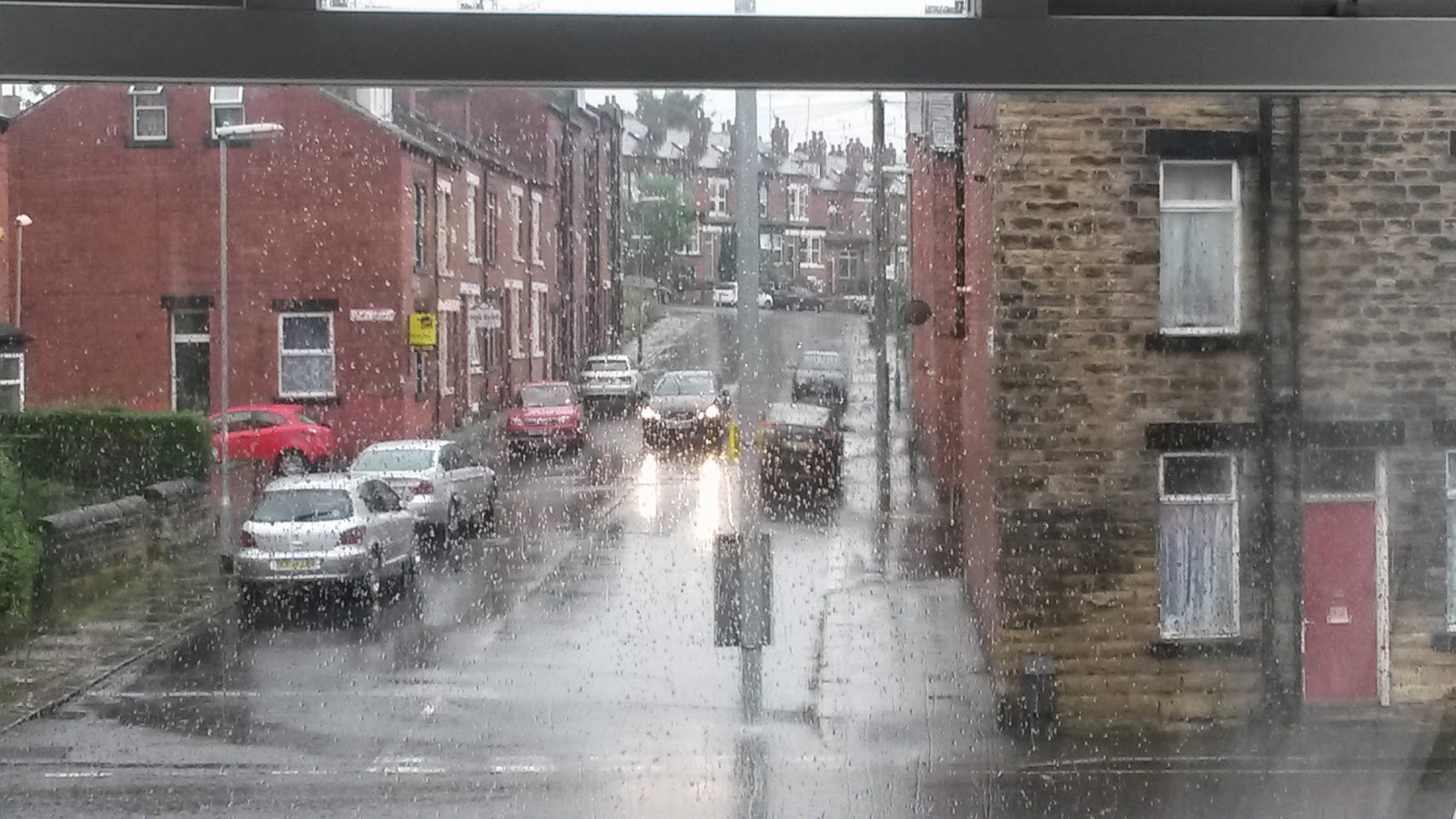 9.5 days the weather man has claimed 'tomorrow will be sunny' and this is the view....i thought bike scrubbing post ride was a winter activity! 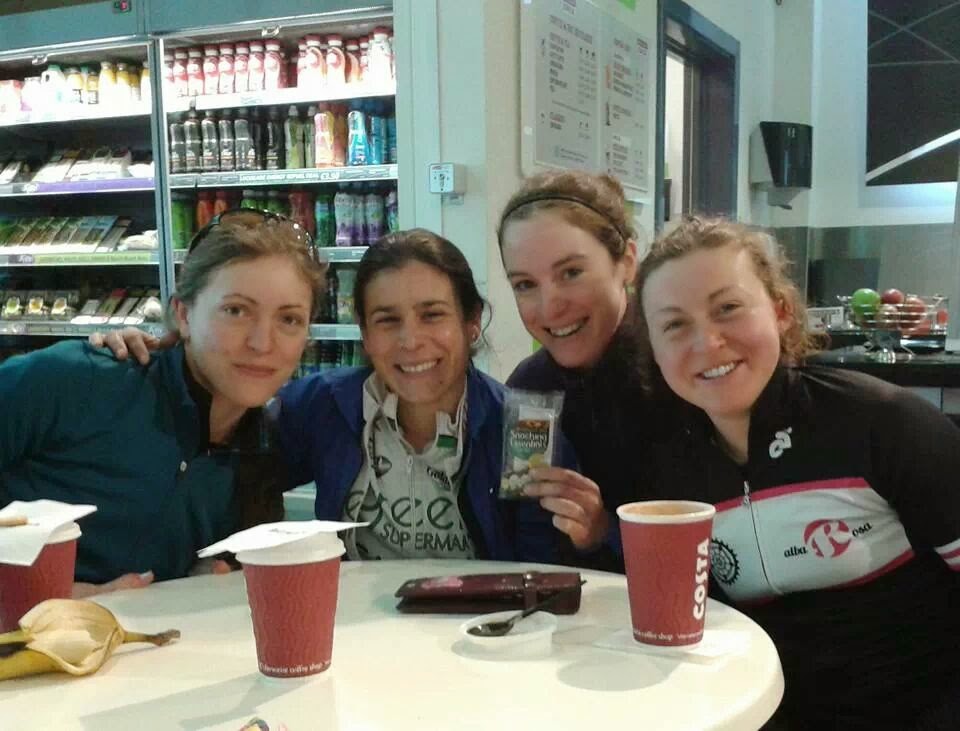 After my hypothermic experience last year, I wore a few more layers 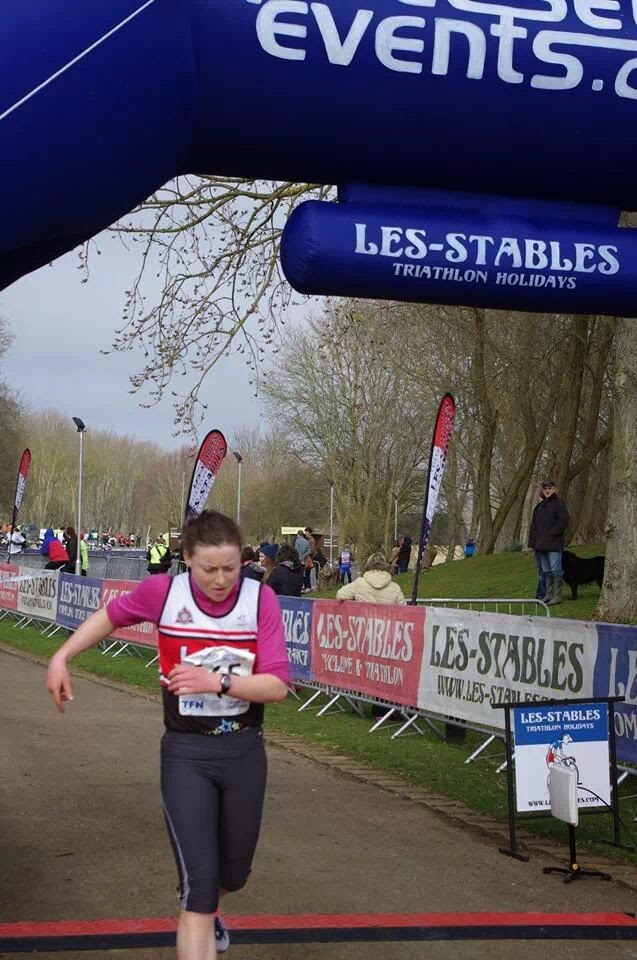 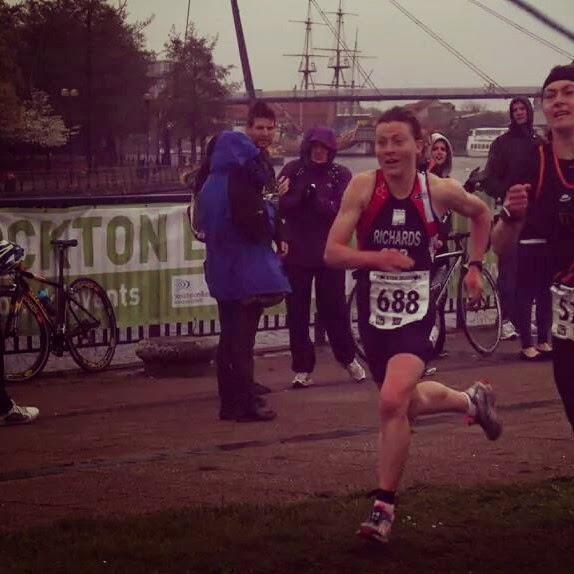 This bum get’s everywhere! Slateman Triathlon, coming to a TV near you (Channel 4, Sunday 6th July 7.10am) 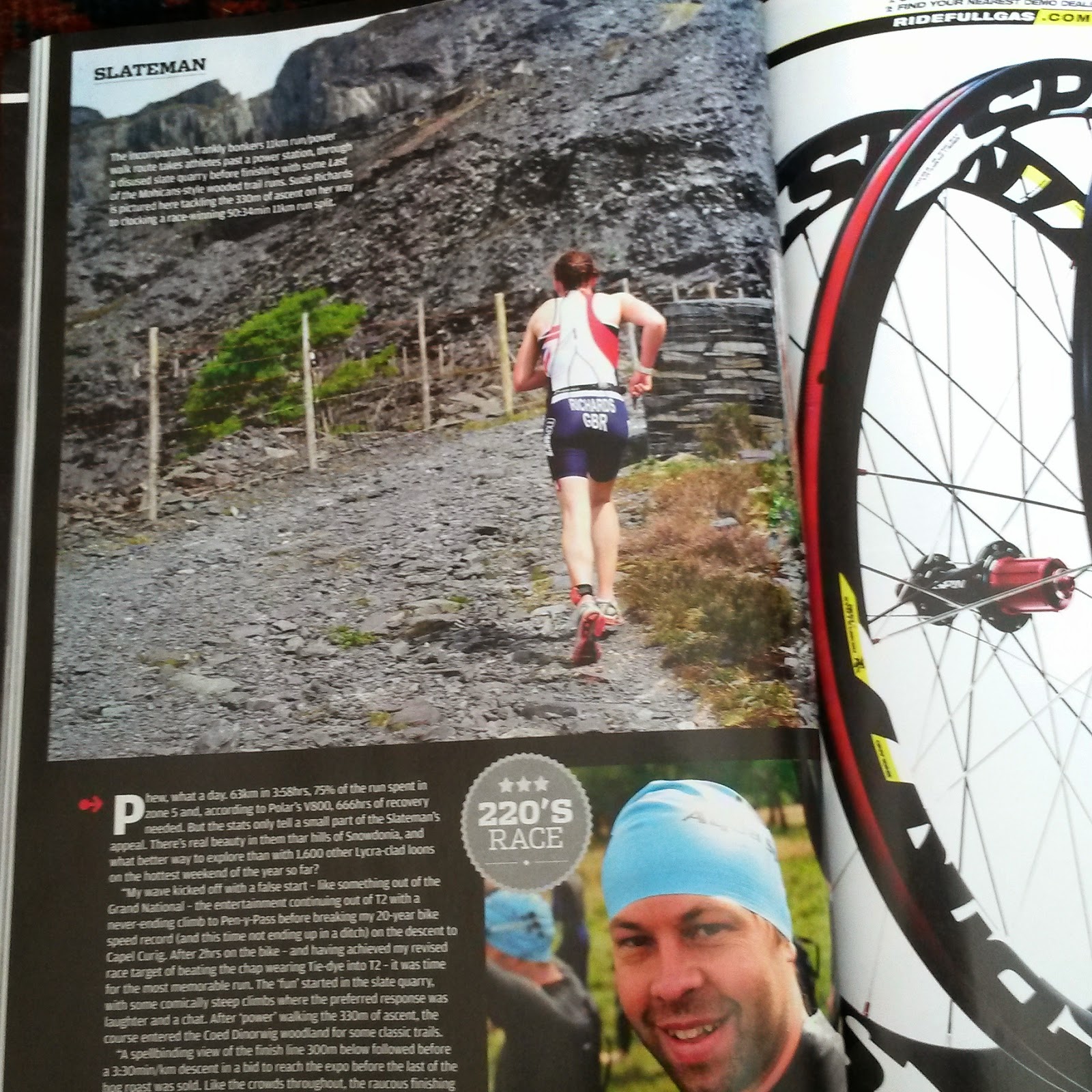 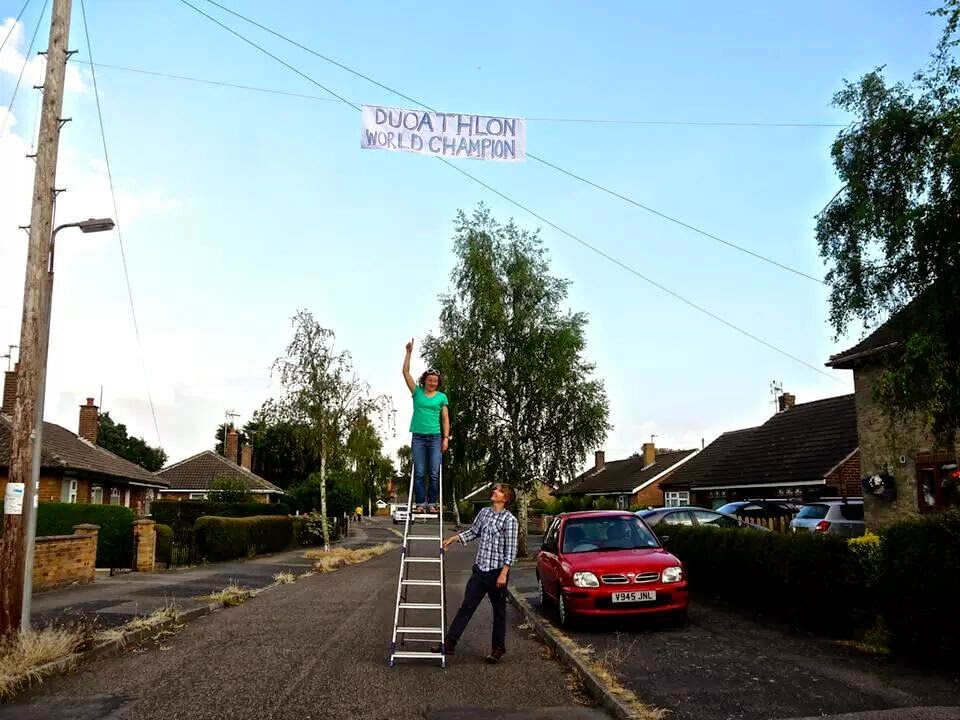 Day out chasing shadows at Blenheim Palace, a swim pb, but still back of the pack! 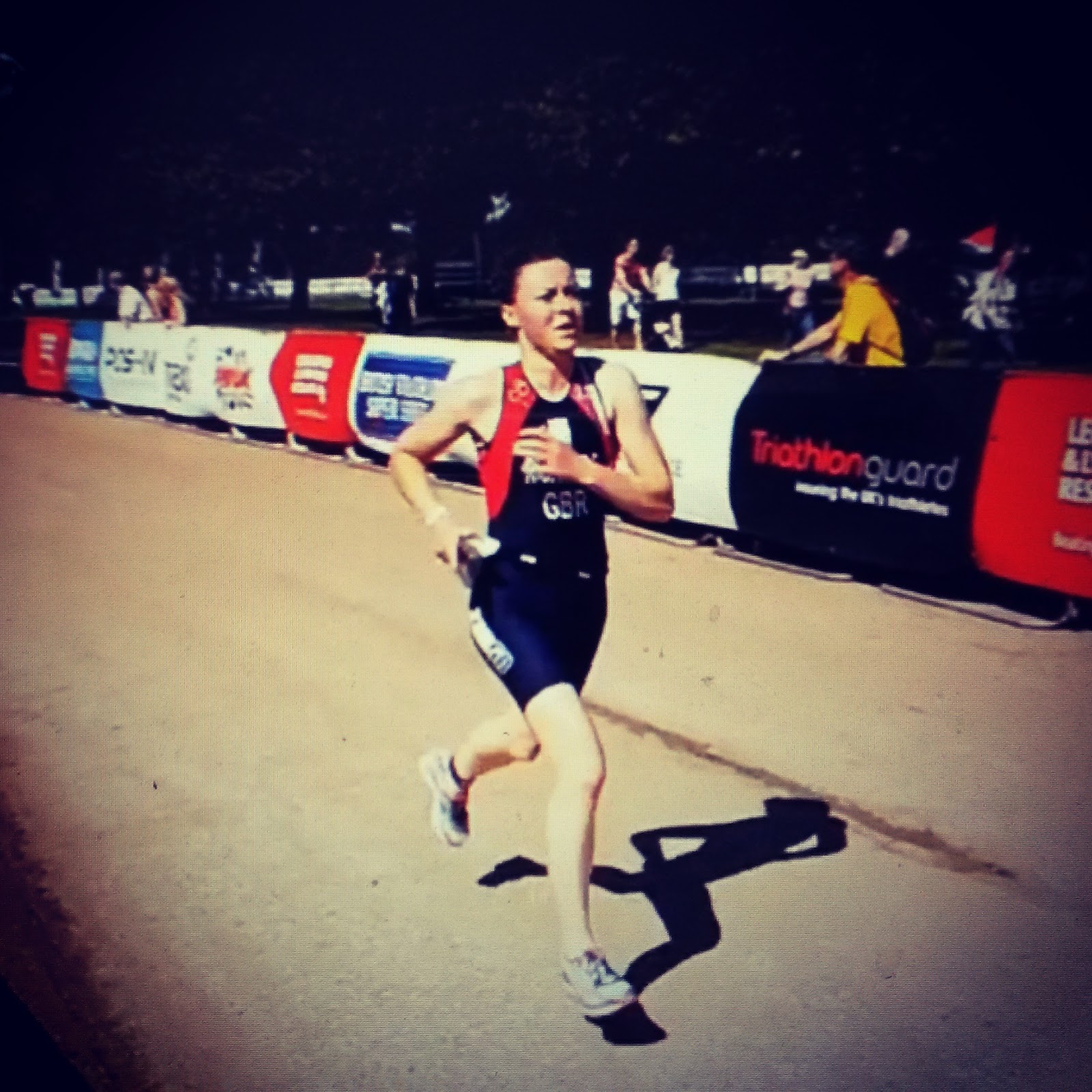 Clowning around at Dambuster triathlon,with Sam, a 7minute PB, getting better each year... 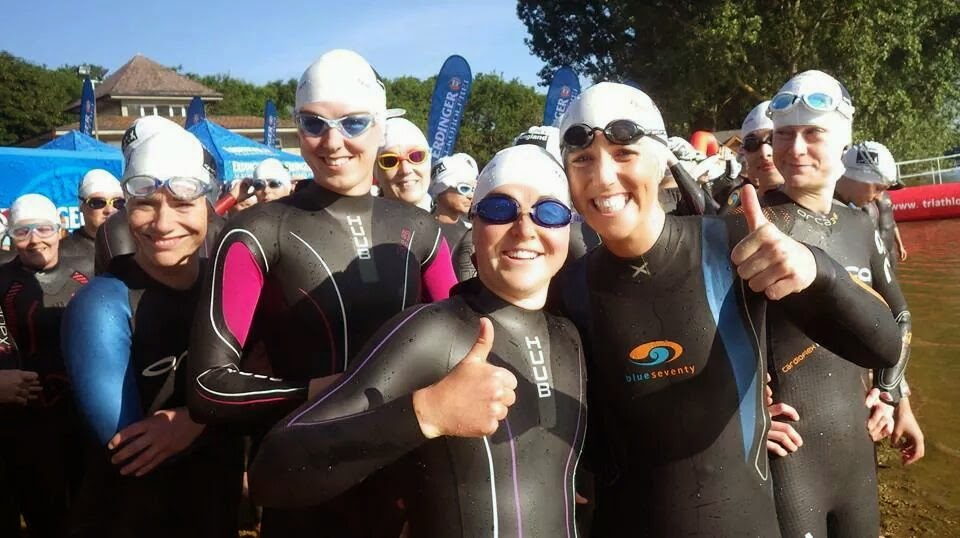 So the first half of the 2014 season has gone pretty well...lots learnt, lots of fun had.

Since the last blog I have raced at Blenheim Palace in Oxfordshire and  Dambuster Triathlon at Rutland water. Blenheim was the 1st race of the British Elite Super Series, it is a drafting format, meaning you can cycle in a pack rather than having to be several meters apart, as in non drafting races. What does this mean? You need to swim like a fish, so you can make a bike pack, hunting in packs is always more effective than the lone wolf. 11.08…my time for 750m swim at Blenheim, a 52 second improvement since London in September'13, they always say start with the positives, yet still 1.5minutes down on where I really need to be….swimming is the bane of my life!
So, Blenheim, in a nutshell-
The legs got a week off from racing, and then it was back to it at Dambuster Triathlon (1.5km swim, 42km bike, 10km run). I have done this race every year since starting Triathlon in 2012. It tends to attract a good quality field, is pretty brutal with the Rutland ripple on the bike course and often hosts a national Championship, this year the English Age Group Championship and Dambuster doubled up as World/European age group qualification race. You can read the race write up in Triathlon europe here
2012- 6th Overall, 2nd Age Group (2.10.54- shortened swim due to weather)
2013- 8th Overall, 2nd in Age Group (2.21.29)
2014- 2nd Overall, 2nd in Age Group (2.14.54)
Getting closer each year…. my total time was a big improvement from last year,cheered on by Coach Lou (thanks Lou) I achieving the fastest bike and run splits of the day, now I just need to sort the swim!

I’m no stranger to the long haul. It took me 5 attempts to win the Avon Schools XC champs as a school girl (2nd, 4 times to 4 different team mates!) 3 attempts to win my local club Ladies tennis championships (as a 14 year old seeing your name engraved on the club winners list is like winning the lottery), countless attempts to win the Avon county tennis championships (I never did, finishing 2nd five times) attempting to get in the starting X11 Avon County Hockey line up and striving for being the 1st choice centre in the county netball team. Maybe I was just too short as several of the county coaches claimed! For many sports it seems height is preferable! Anyway, you get the gist, winning 1st time round has never happened for me. But slogging away is my forte, so with a bit more slog and hard graft, one year, maybe, I will conquer Dambuster and the elusive swim!

In more important news, I love this time of year, it is sports season at it’s best, Wimbledon com’on Murray! Glasgow Commonwealths round the corner and Ey’Up the Tour De France is coming to Yorkshire.. if you have not seen this video, watch it. It’s brilliant.

Right, time to get the fancy dress sorted for cheering the riders on up the Cote de buttertubs! Enjoy the Tour…. Allez, Allez Allez!! And enjoy your own slogging and grafting where ever you are and whatever your aims. 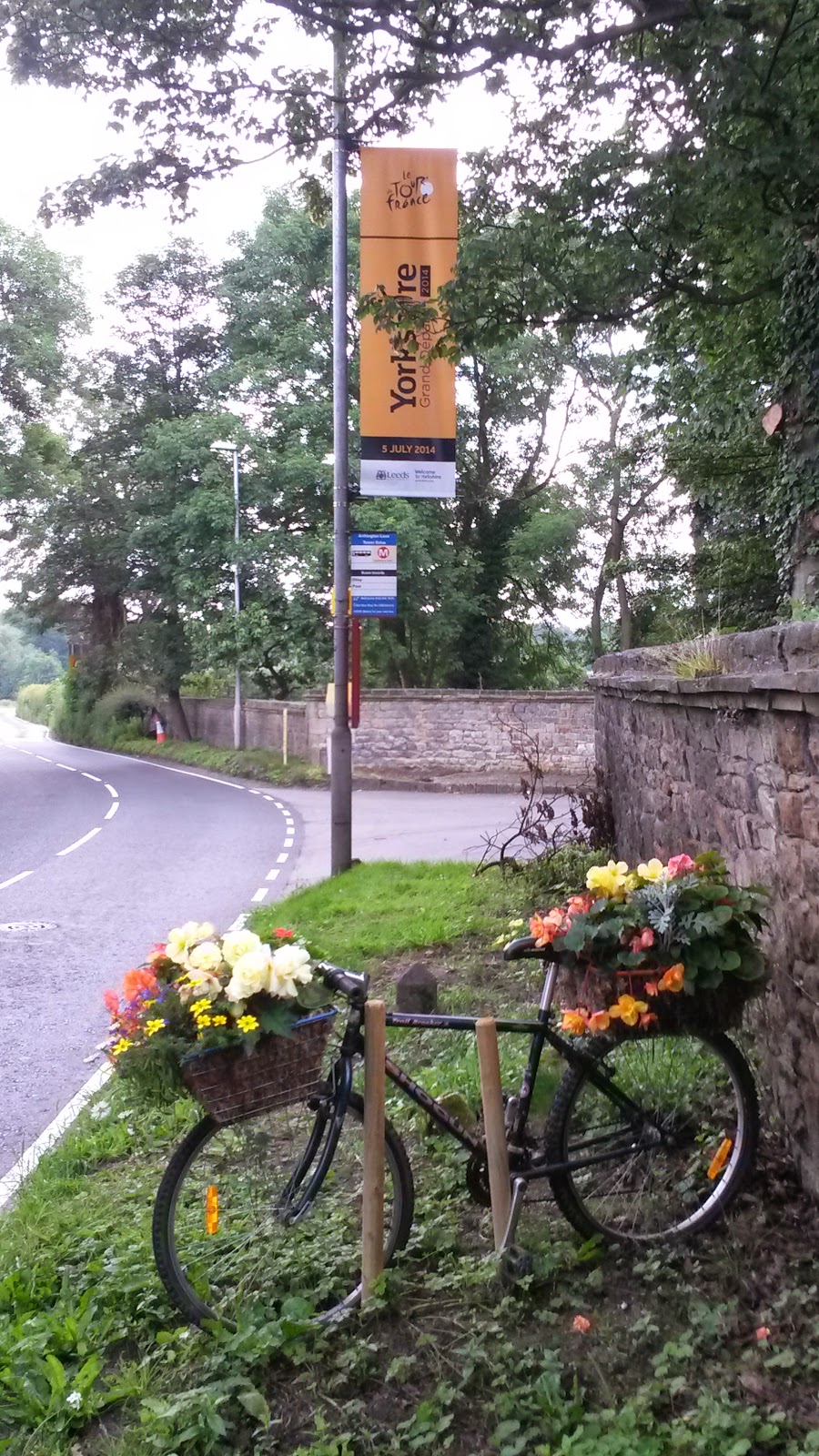