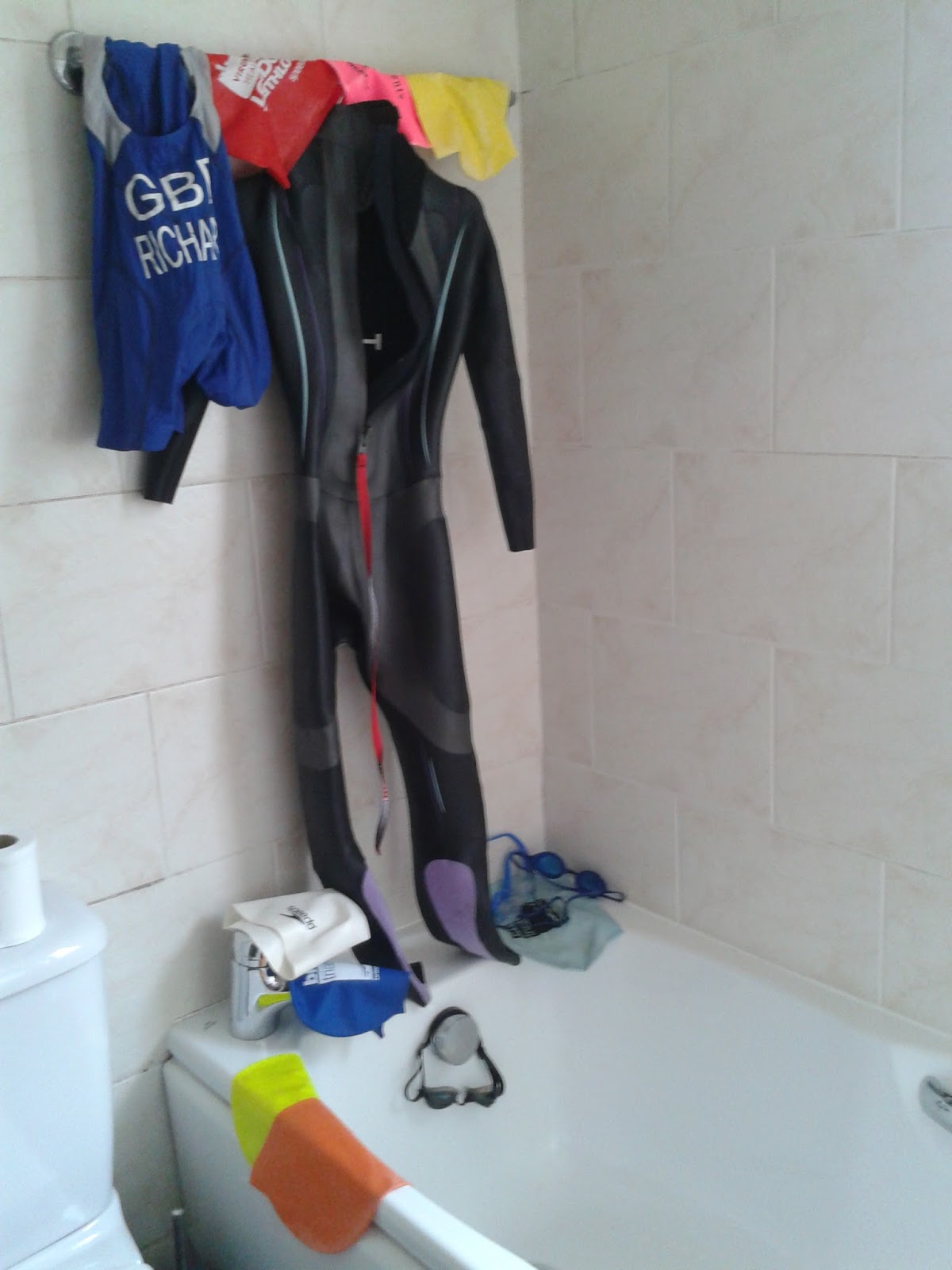 If the answer's yes, I am guessing you too are in the depths of the triathlon season. How do triathletes amass so many swim hats? More importantly what do people do with all of them?

The last 6 weeks have been busy to say the least. Getting into the business end of the triathlon season and at Teach First the last 6 weeks have been the annual Summer Institute. A residential summer school for all the new teachers, the start of their teacher training. The final 2 weeks of which were in Warwick, over 1200 new teachers joined huge number of Staff in helping change the face of education in England and Wales. Keep an eye out for the TV documentary!

Sunday 14th July was a scorcher of a day, British summer at it’s best and Liverpool Super Series, doubling up as the British Elite Sprint championships. What an atmosphere, well done Liverpool, you hosted a great event. Even with the jelly fish in the Albert Docks and making us swim non wetsuit, NON wetsuit, that’s like getting me to take my arm bands off! 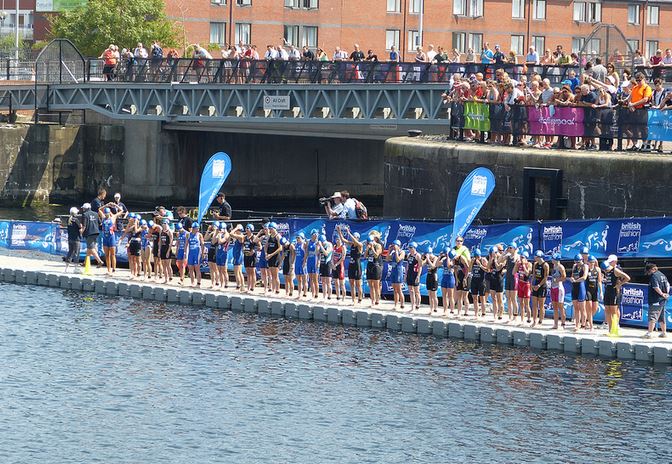 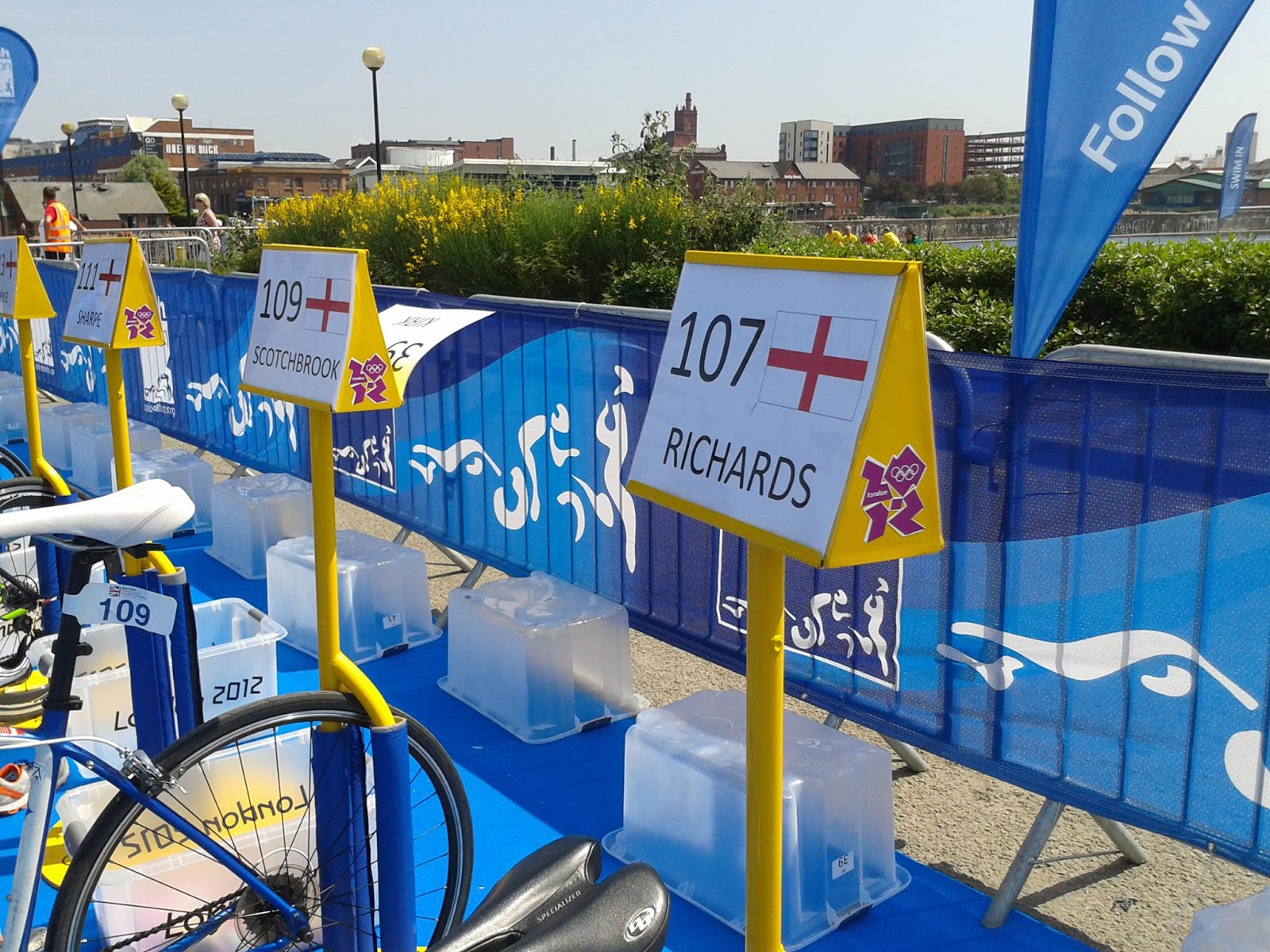 Good to see the Olympic transition stands getting recycled!

Second to last out the swim, well done Sam for making me feel a bit better by bringing up the rear! Myself and Sam worked together, head down, go go go, hard work paid off as we passed a fair few people. Onto the run and into the heat, good job I train in tropical Santa Cruz de Leeds, I was so prepared! 23rd out of 36, a move up from my DNF in Windsor.  You can read Sam’s race report here, a lot more insightful than mine! 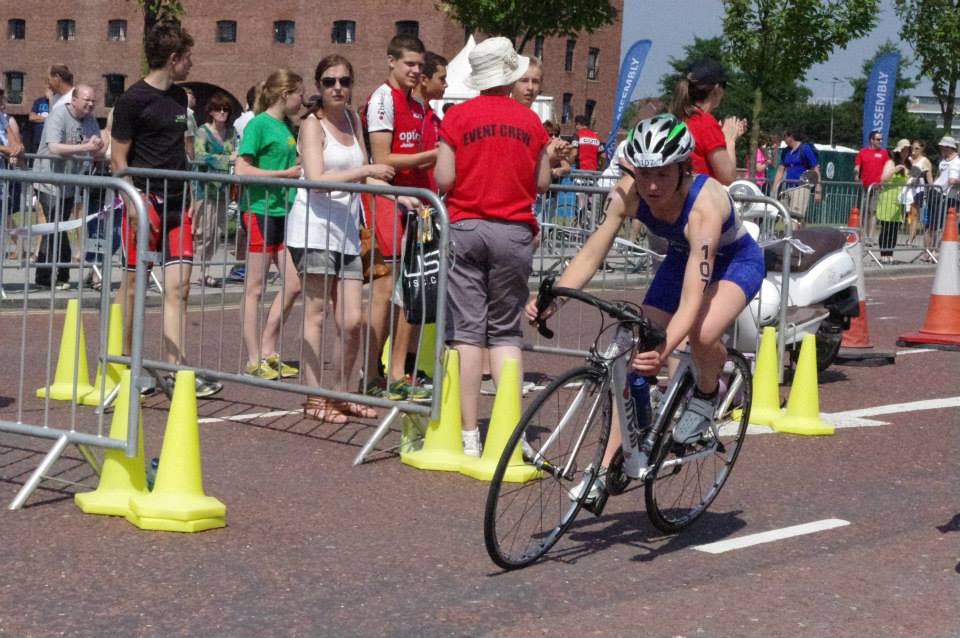 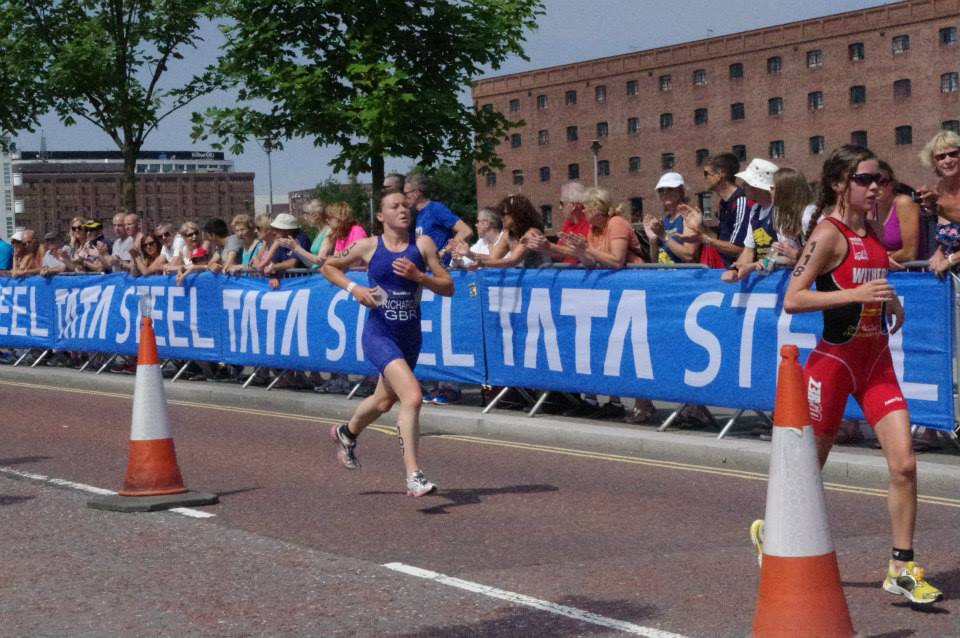 Next up, London Triathlon, Sun 28th July. The final leg of the British Super Series and another opportunity at elite racing. Several Olympians, a large number of pro’s and another NON wetsuit swim, oh and another opportunity to prance around in lycra on TV.  Another superb event;  great atmosphere, great support and another big learning curve. Last out of the water, well someone has to be, toughed it out as a lone ranger on the bike, apparently it was a drafting race, who knew! Passed a few people on the bike and ran as hard as possible, finishing 20th out of 25. 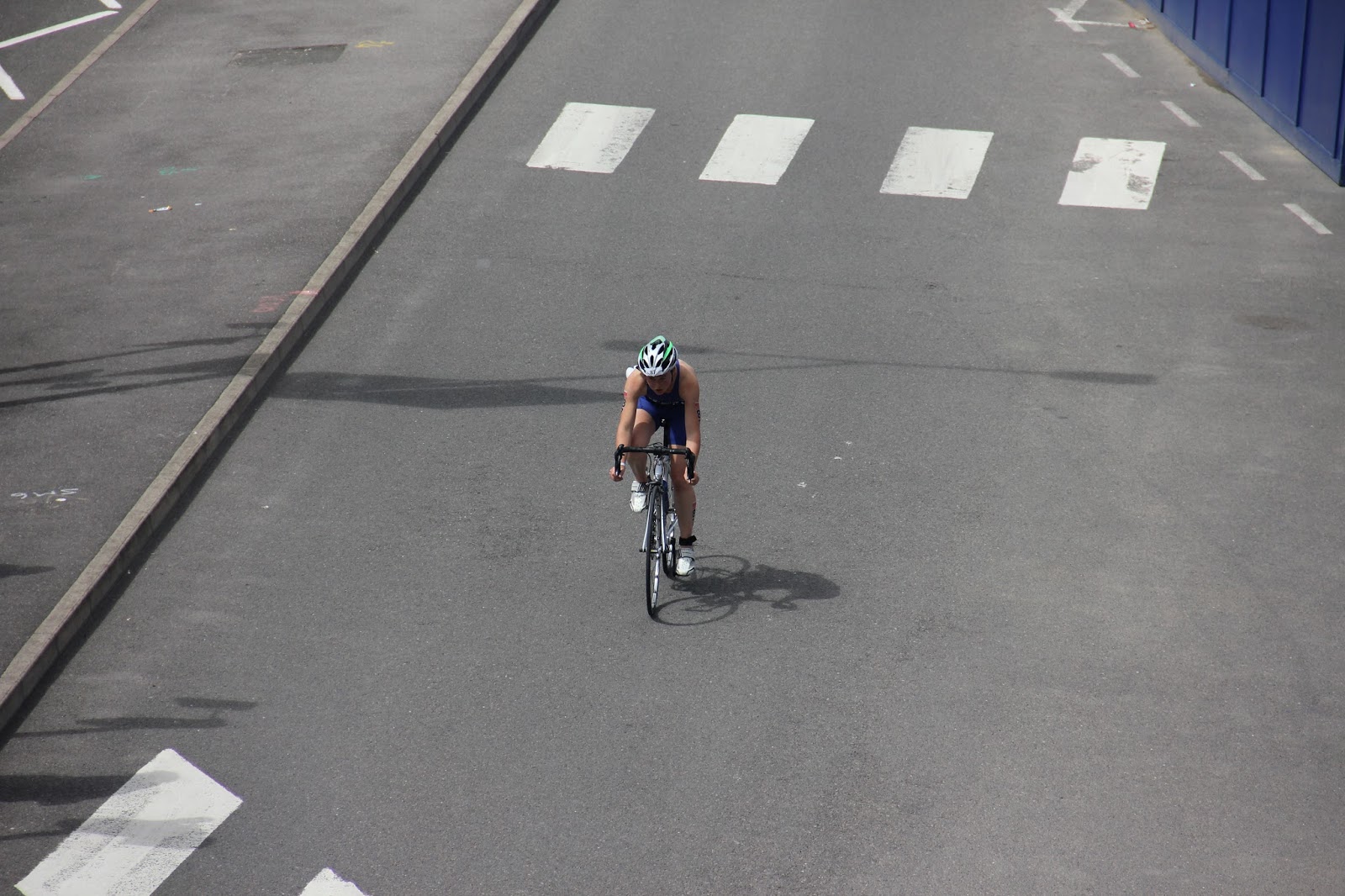 Pre race stretching, I can touch my toes, honest! The excel centre makes a great venue and unique inside transition area. 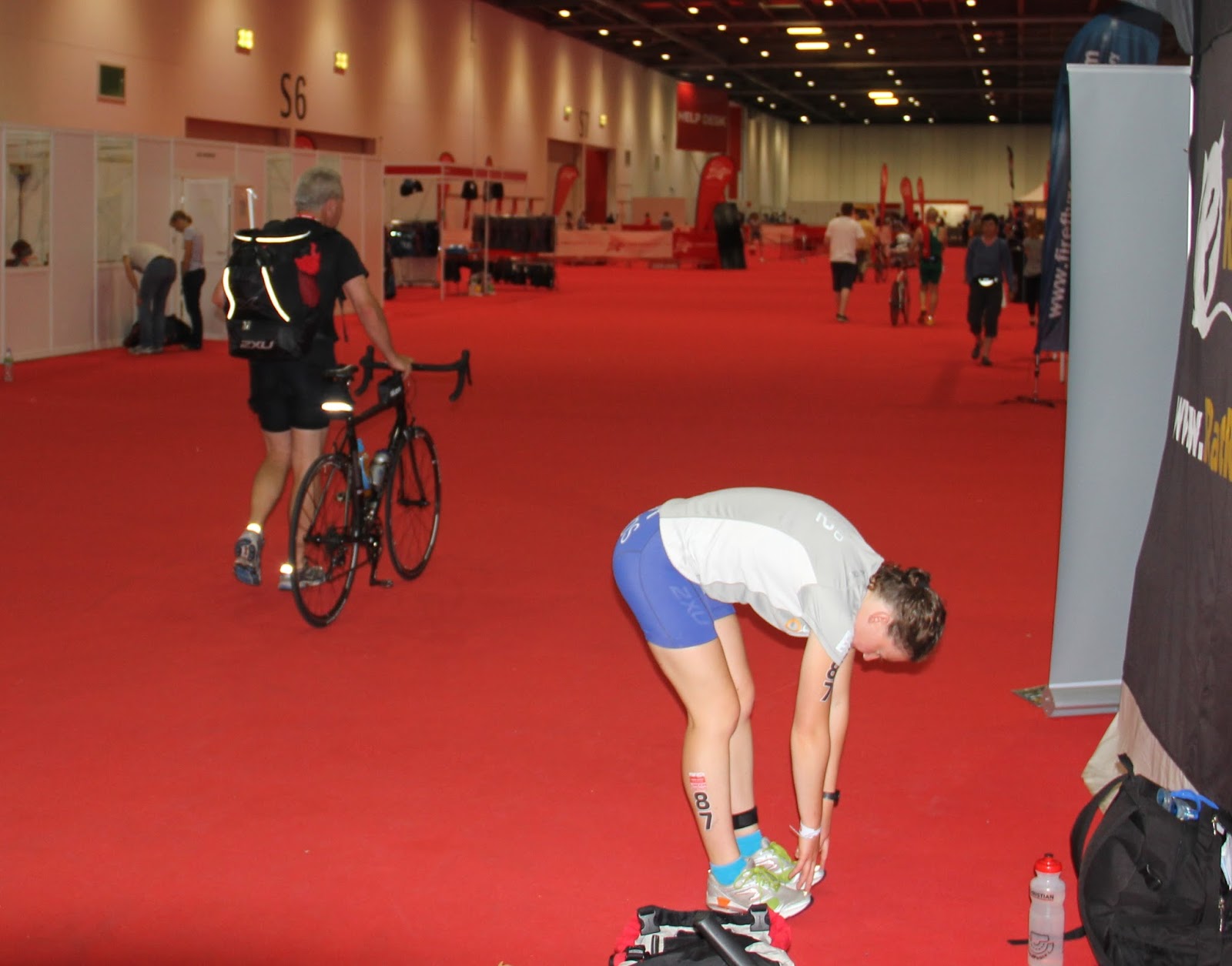 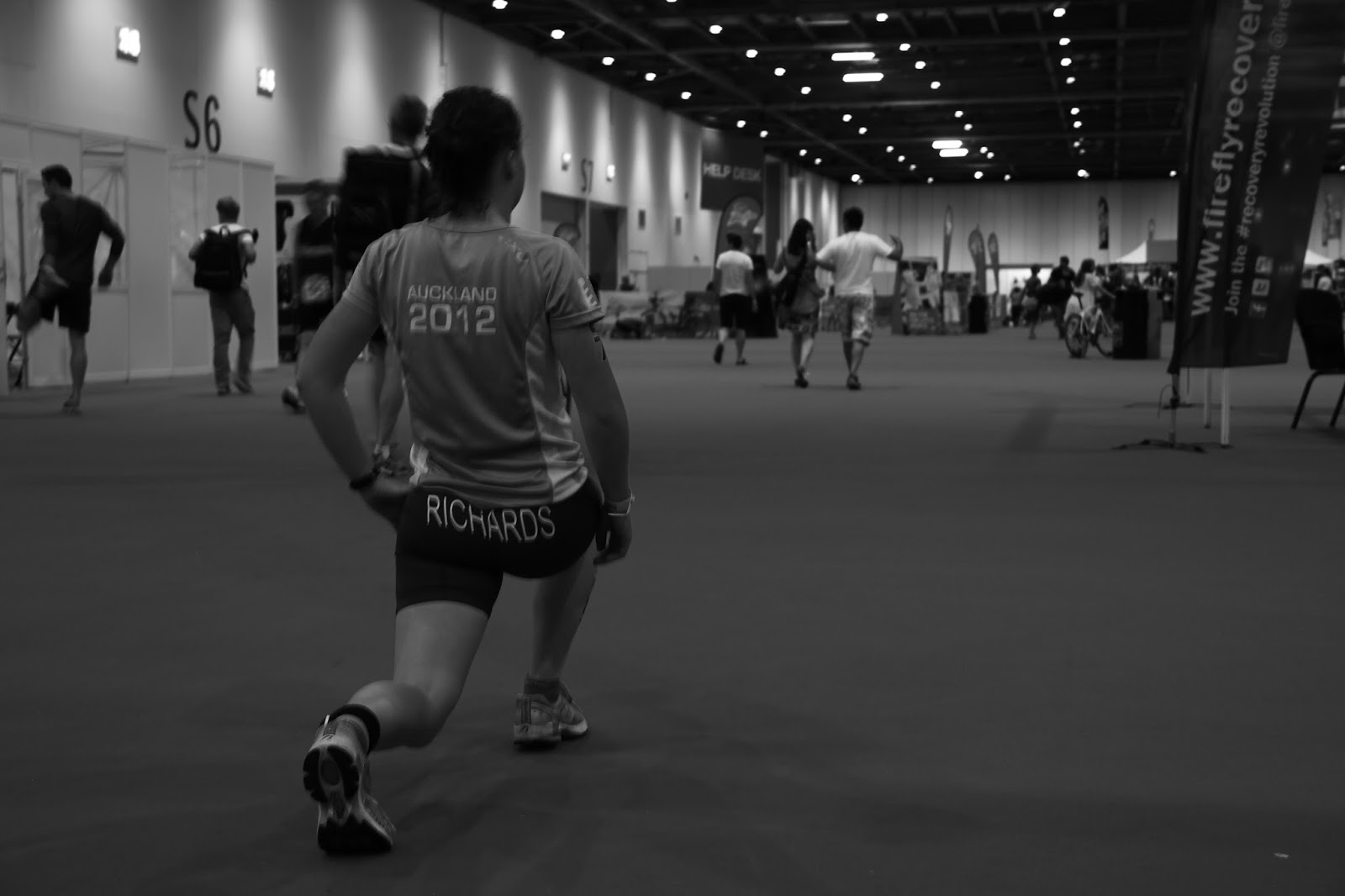 So it’s been great to race elite in the Super Series after a rocky start at Windsor I have had a huge learning curve at Liverpool and London, which has wetted my appetite for more. Large crowds, TV camera’s, great atmosphere, it’s a real buzz. I now just need to learn to swim fast! 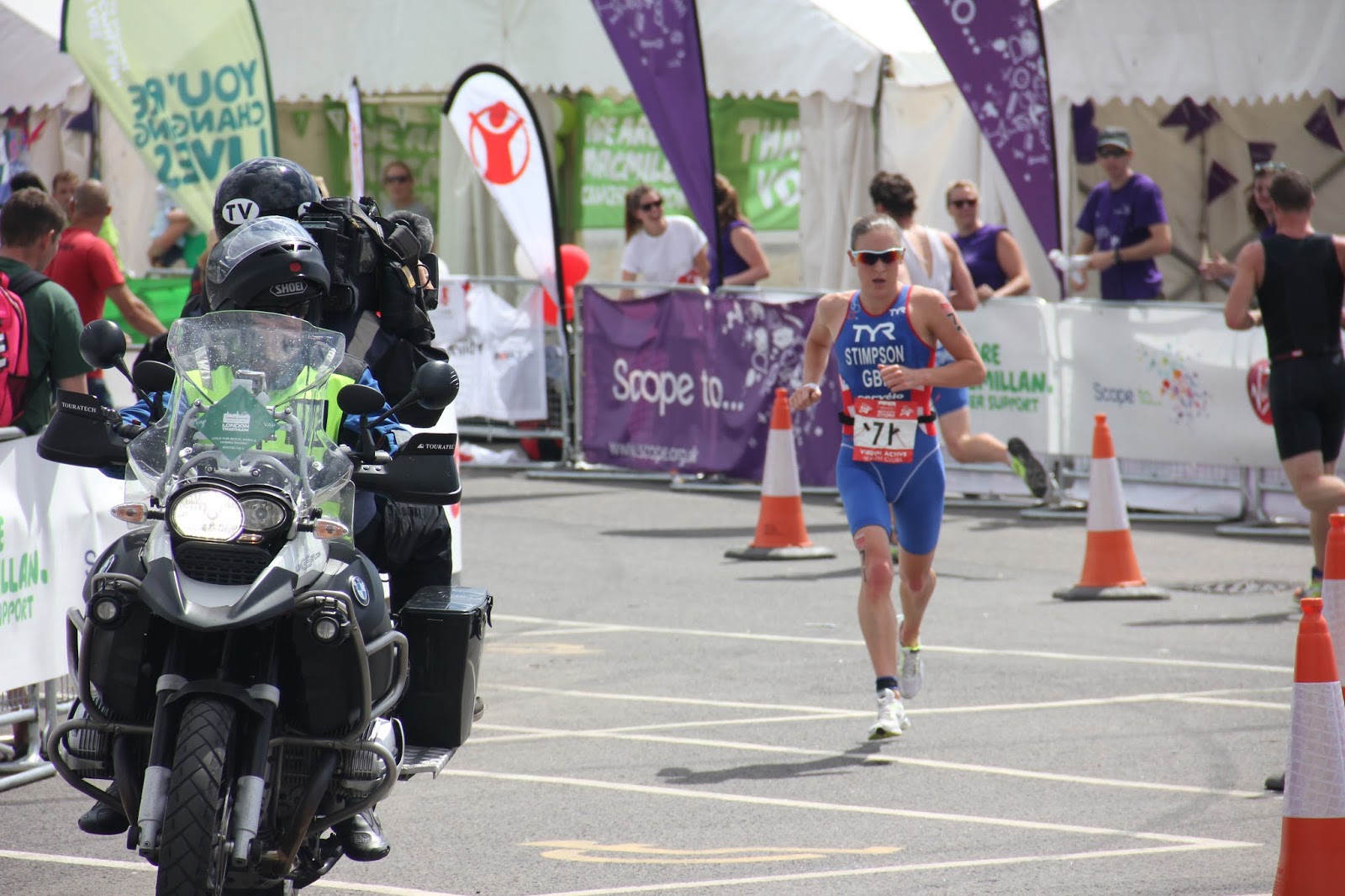 It’s back to some training, preparing for the World Championships, to be held on last summer’s Olympic Course in September. Training when the sun is shining is never a chore, just one big outdoor playground! 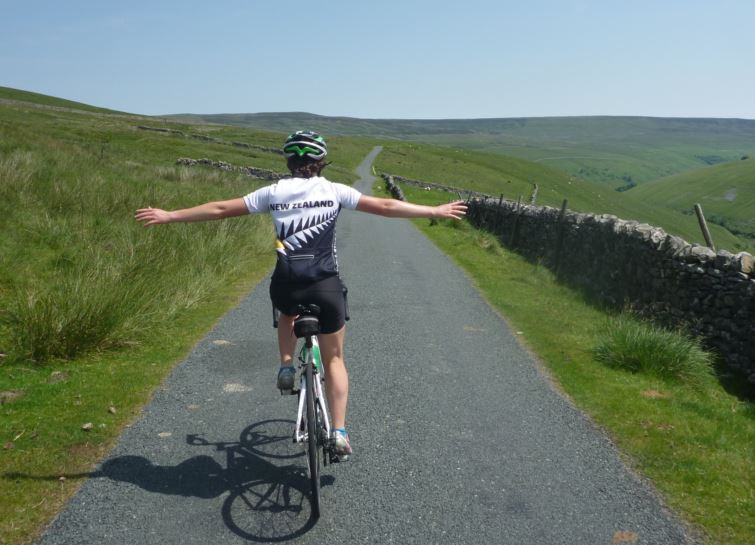 Enjoy watching the World Athletic Championships in Moscow, there is sure to be some FAST action! Enjoy the sunshine and good luck for all the races that are coming thick and fast!
Posted by Unknown