How many times have you been in a tough physical or mental situation and someone has said to you "It's character building". But what does that mean?
I am a big fan of Paul Tough’s book “How children succeed: Grit, curiosity and the hidden power of character”. Tough summarises the large array of research showing how those who develop non cognitive skills (grit, conscientiousness, determination, growth mindset et al) become more successful individuals than those who focus on cognitive skills (IQ, spelling, grammar, times tables etc.) NB success is defined by a number of factors; wellbeing, economic stability, in a loving relationship, not being on welfare etc.

The theme of this blog is "character" I will choose a number of Tough’s non cognitive character skills and link them to what I have been up to over the last few weeks. Some maybe tedious links!
1) Conscientiousness is  defined as “ is the inclination to try one’s best regardless of whether or not there is an external reward attached to what one is doing, and regardless of how boring or mundane the task itself is” (Tough 2012)


“You know how well training is going, by the amount of washing you are doing” 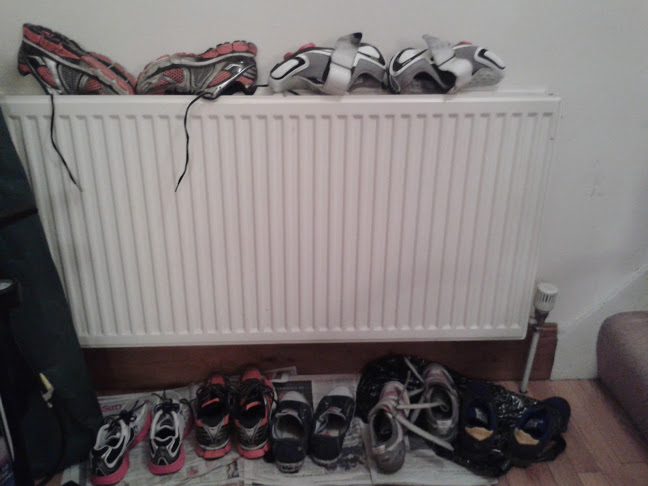 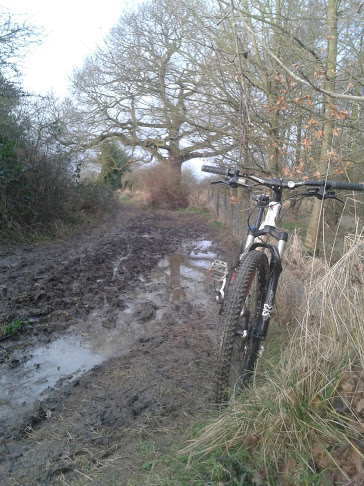 After a long ride in the cold, you just want to collapse, never such luck when you know the bike needs a clean, especially a nice muddy mountain bike! I have been taught well by John Potter!


2) Self Control. Walter Mischel’s famous Marshmallow Test in the late 60s and early 70s showed positive correlation between self control & later life success. The Marshmallow test saw child given a marshmallow and told “you can eat it now or wait till I come back in and if it’s not eaten you can have another marshmallow” Children who could wait 15 minutes for the researcher to re-emerge without eating the marshmallow were  found to have range of positive outcomes later in life.

Self control can also be seen as patience, something I have struggled with in recent weeks! Especially in races. The Salford 10k on Easter Friday being a case in point, it ended with me sat on the pavement at the 3km mark having blown up big time having been carried away too early on and running way too quick! After a slight mental and physical breakdown sat on the pavement, I got up, jogged and then finished the race, with my ego bruised but a valuable lesson learnt. 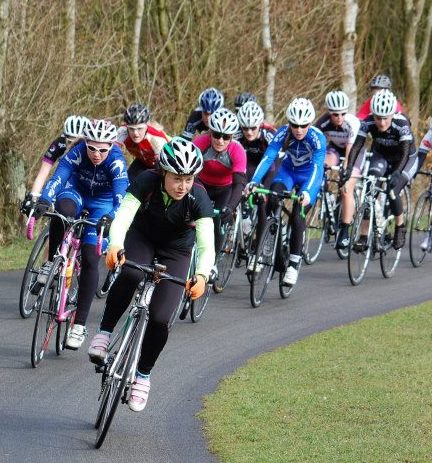 “Suz don’t do too much work on the front,  just sit in” Lee shouts at me as I get carried away  during my first Bike Crit race at Salt Ayre in Lancaster. I had a lot of fun in my first Crit race, cornering elbow to elbow at 20mph, now I just need to get the quads to allow me to sprint the last 50m!


3) Grit. Also known as “perseverance”. Researched extensively by Angela Duckworth, who believed that grit may be an important factor in success simply by observing the way many highly successful people display “a passionate commitment to a single mission and an unswerving dedication to achieve that mission” Duckworth’s research found Grit scores are highly predictive of success. An example: students at University of Pennsylvania  who had high grit scores but who had entered university with relatively low high school academic scores achieve higher degree scores, than those who started with  higher academic scores but lower "grit" scores.
There has been a lot of "grit" on show, by everyone who has been training and racing through the never ending Baltic British winter! Massive high fives!
A few pictures of the last few weeks, I will let you decide what my “Grit” score should be. 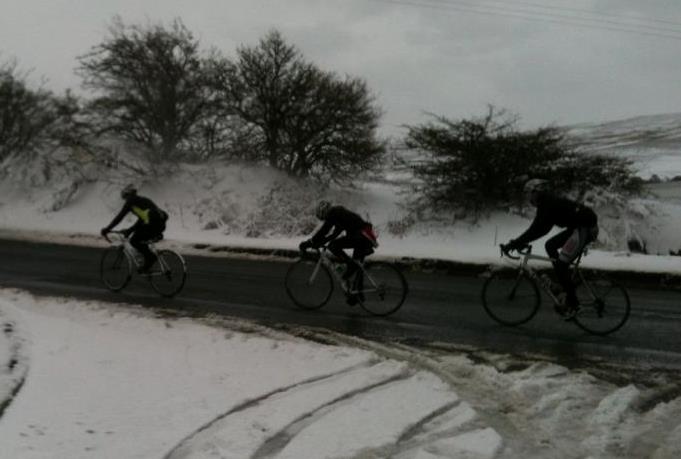 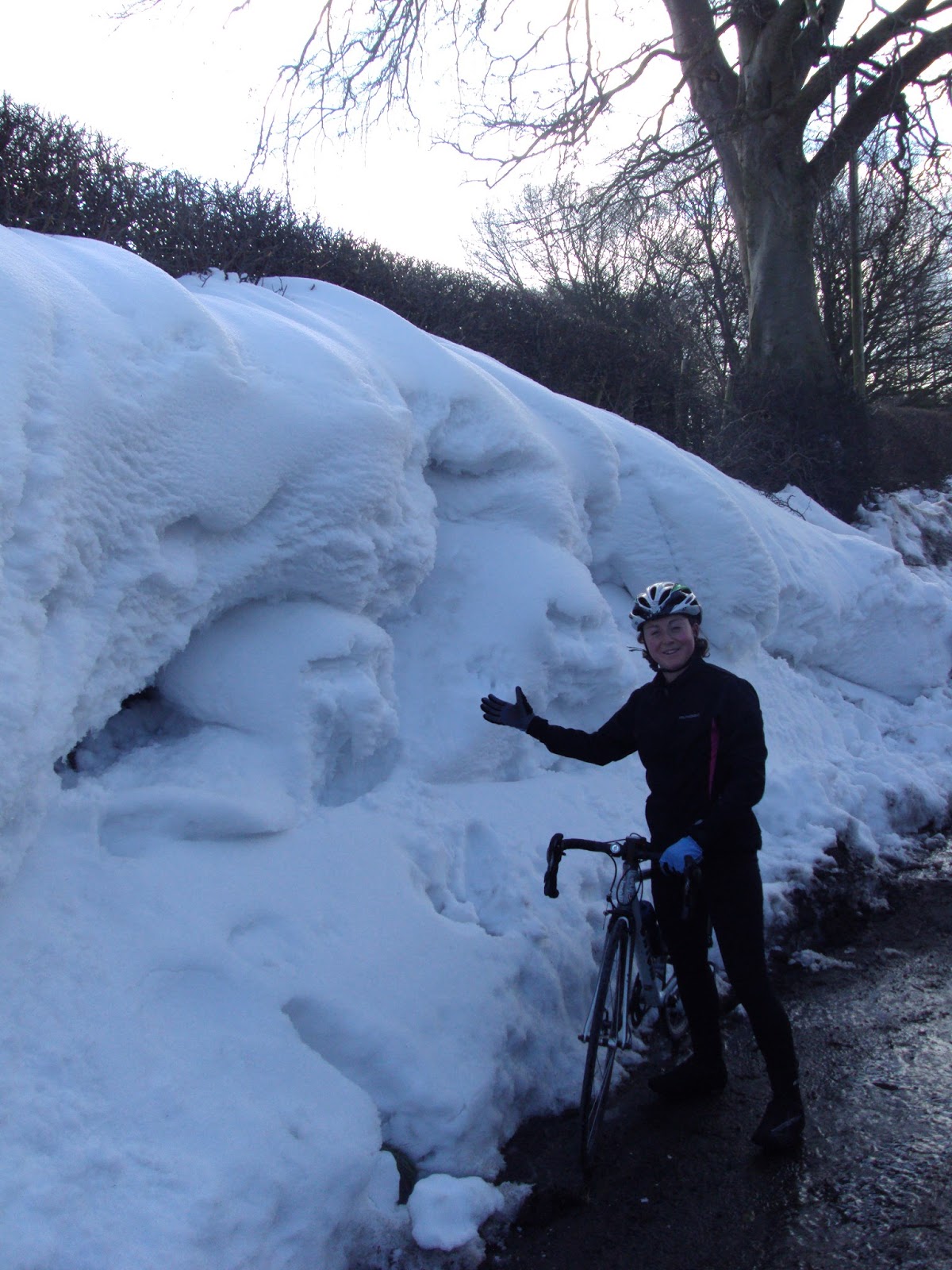 The snow drifts on many rides have been pretty impressive! 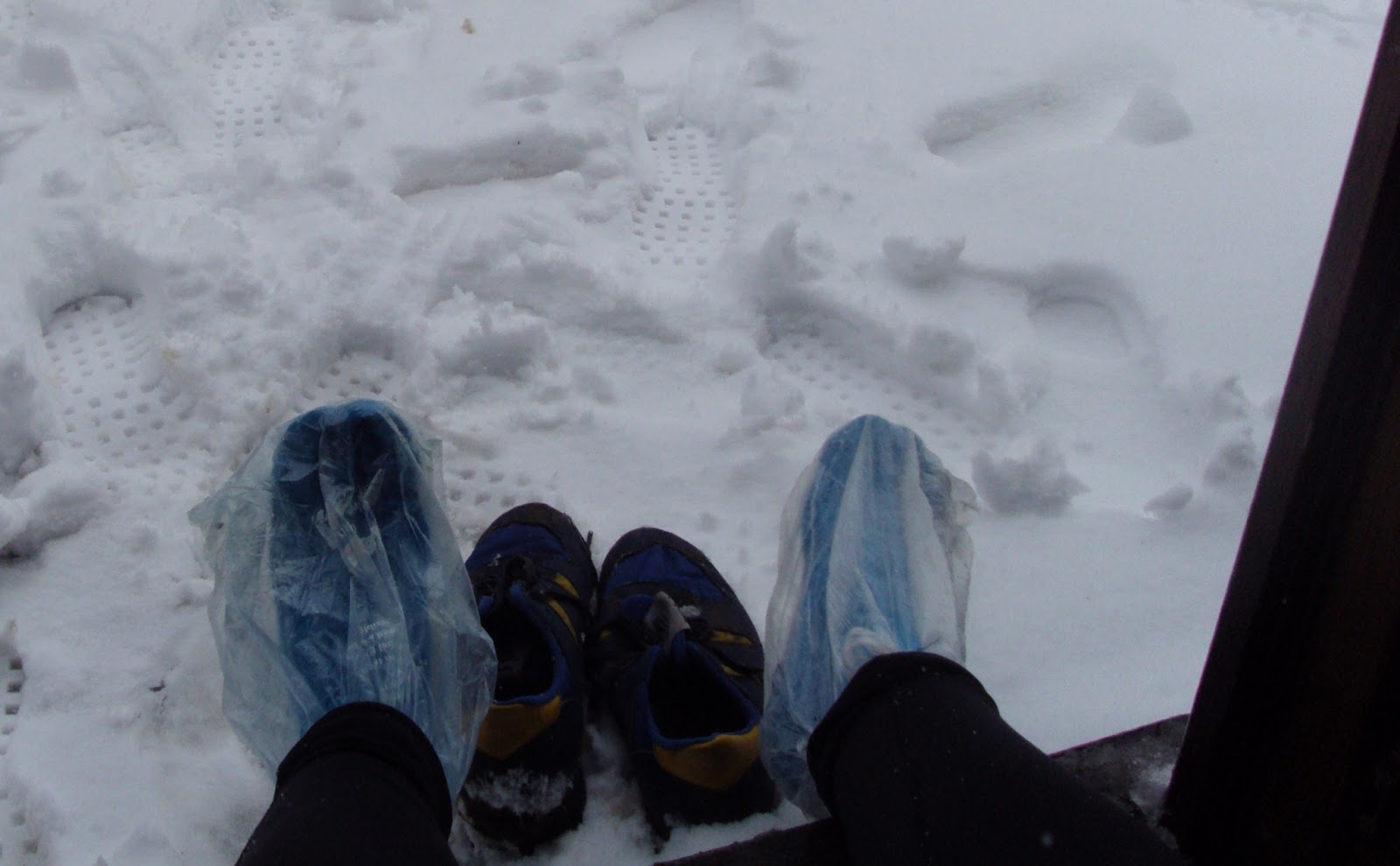 A little trick to keep the feet warm and dry. Socks, food bags, socks and shoes perfect! A shame I didn’t have ski goggles, would have been handy during that run session as I felt blinded by the wind wiping the snow right into my face. At least Coach Townsend provided hot coffee afterwards.
Possibly the least appropriate attire I have raced in! Dambuster Duathlon, British Age group championships. Sub zero temperatures with a nice wind chill and I wear tri suit and arm warmers “I could get warm on the run” but where was my thinking for sitting on the bike for 40km! Despite being very close to hypothermia  and turning blue I hung on for 2nd.
It has been a busy last few weeks, a few race successes; 2nd in the British Age group Duathlon Championships (25-29 cat), 6th in the British Elite Duathlon Champs (behind Olympian Lucy Hall and a collection of Pro's), finishing in the bunch sprint at my 1st Crit  bike race. Some failures;  blowing up in Salford 10km, getting clothing wrong for Dambuster British AG Duathlon. Some great training sessions, where you fly, combined with some tough training sessions, where you think you may possibly drown in the pool as your arms give up on you. One thing is for definite there has never been a dull moment!
I will leave you with a few treats:
- A piece written by a friend that I guarantee will have you laugh out loud! click here
-An awesome video made by Igloo builder extraordinaire Adam, showing highlights of our igloo building exploits, shows how we spend our time when it is snowy!
Happy racing and training and Good luck to everyone in developing your own character traits!